With more than a billion native speakers, Chinese is the first language of more people than any other language in the world. It’s widely spoken in the People’s Republic of China, Hong Kong, Taiwan, Singapore, Indonesia, Macau, and Malaysia.

Chinese is a tonal language, so the same word can carry several meanings depending on how it’s pronounced. Written Chinese consists of more than 40,000 different characters, and non-native speakers must study for years to master it. All Chinese dialects share this written system, but they’re different enough that many scholars consider them to be different languages. Mandarin is the most prevalent, while Cantonese, Wu, Xiang, Gan, Hakka, and Min are also widely spoken.

At Fasttranslator.com, we only work with translators who have years of professional experience. All of our Chinese translators are native speakers and can provide you with accurate translations that flow naturally. Our translation service requires them to be fluent in English to ensure reliable translations both from and into Chinese.

We handle a variety of specialized projects, including legal documents, technical papers, marketing materials, business correspondences, certified certificates (birth, marriage, death), and much more – both into and from Chinese. No matter the level of sophistication of your translation project, we will make sure it’s assigned to an individual or team that can meet your needs.

True to our name, Fasttranslator is guaranteed to get your translated documents to you by your deadline or sooner. Our freelance Chinese translators work evenings and weekends to ensure that projects are completed as quickly and efficiently as possible. Each translator can generate more than 200,000 words of translated text per day, and no project is too large for us to complete.

Do you need your Chinese birth certificate translated into English for the USCIS? We can generally translate short certified documents, correspondences, and emails within a day.

We Support Your Business Interests in China

When doing business in China, you might encounter a few challenges. The legal landscape is often more complicated – and success less certain – than in the west. Big cities experience a notably higher rate of crime, especially street crime, marked by high potential for violence. It’s essential to be aware of this when traveling to China.
Foreigners are generally the focus of these criminals since, on average, foreign visitors carry twice as much in assets as locals. This possible danger contrasts with the friendliness of the Chinese people and their interest in doing business with westerners. In general, Chinese businesspeople are always seeking to expand their markets, product lines, and service offerings.

Doing Business Through Courtesy and Tradition

In China, acquaintance and friendship blend together, so even mere acquaintances are readily introduced as close friends. This can lead to problems with business contacts. Business deals are often conducted over a meal. Unlike Koreans, the Chinese don’t find it impolite to negotiate while eating.
Negotiations shouldn’t be the main topic of conversation, however. It’s common to praise the food, commend the artistry of the chef, and admire the choice of restaurant if it was selected by your business partner. Business topics are only briefly touched on, and business-related conversations are spaced between entertaining anecdotes.

China is a trading nation, and it readily presents itself as much publicly. In business activities, it generally focuses on its own profit and on national advancement. Family and the state are closely linked in the minds of the Chinese people, and it’s essential to keep this in mind in business dealings.

Though many Chinese complain about the corruption of local building companies and large enterprises, foreign firms remain the focus of controls and surveillance. China is one of the only countries that follows two parallel political tracks and thus divides its own economy. Foreign and domestic policy complement one another in an economic policy that favors China and sees other countries as autonomous nations. For example, China basically manufactures products for the Chinese market and products for export at different standards of quality. It assumes responsibility for quality control only for domestic goods, since the Chinese view other countries as responsible for their own goods and their own quality review.

China is now the fastest growing country in the global market and is becoming increasingly attractive as a business partner. The country possesses capital and plays a large role in international capital markets. To be successful in business in China, it’s essential that you know the cultural landscape. Language plays a significant role. To get started in this economically important country, you need professional communications support. That’s why we support your project with professional translations by native-speaking translators. They know the country and its cultural, economic, and linguistic features. They can give your translation pinpoint accuracy. Your Chinese business partners will appreciate your efforts.

Whether you direct a medical company or seek to market a product in China, we have the ideal translator for every situation. Our translators are well versed in Chinese and familiar with the tone of Chinese conversation. As native speakers raised in the country, they’re able to translate your texts with pinpoint accuracy, taking into account all aspects of the language.
We provide you with prompt and reliable translations of texts in all fields. Just use the button below to receive a quote for your Chinese translation instantly.

Upload document for an instant quote

High Quality Translations From and Into Chinese for Singapore

A culture’s most important asset is its language, and Singapore – with its four official languages – is among the world’s most important trade, transportation, and financial hubs. Vacationers and business professionals select from the official language options of English, Chinese, Malay, and Tamil. Since many of Singapore’s citizens originated in the south of China, it’s no wonder that Chinese has become the most popular language next to English.

The unique dialect known as Min Nan that predominates in Singapore has stark oral and written differences from standard Mandarin. A great number of traditional businesses headquartered in Singapore use the Chinese language when corresponding with clients and business partners. These factors make professional and high quality translations more important today than ever before. With speed and professionalism, we translate every kind of text you may need, whether in everyday life or in the business world.

Get a quote now

History of the Chinese Language

Chinese, a branch of the Sino-Tibetan family of languages, is divided into various languages and dialects spoken by over a billion people. It’s thought that a common language existed 4,000 years ago. Then, invasions out of the north and geographic isolation gave rise to regional language variations. Researchers are unclear what earlier forms of Chinese looked like since by the time of the Han Dynasty reforms, no unified language was in existence. Even after the end of the dynasty, Chinese continued to evolve as renewed influence from the north produced changes in structure and sound.

By the 10th century, a standard language was widespread, at least for local civil servants and officials. Today’s Mandarin Chinese, the country’s official language, is a standardized artificial creation: the pronunciation of the Peking dialect with vocabulary from northern dialects and the grammatical structure of Baihua, the written version of the everyday language.

Although there are many Chinese languages, only two written forms evolved. The oldest preserved written texts are around 3,000 years old. This classic Chinese, called Wenyan, is a form that has since become widely disconnected from the spoken language. The other written form, known as Baihua, more closely reflects spoken Chinese but was long viewed as vulgar.

The arrival of Buddhism in China stimulated the spread of this version, since it necessitated a translation of Indian traditions and knowledge. It wasn’t until the 20th century, however, that intellectuals began to support the use of Baihua in everyday life.

As a rule, Chinese characters are partly phonetic and partly semantic, accounting for the tone marks. New characters continue to be added –to describe a new scientific discovery, for example. Everyday living requires the use of between 2,000 and 3,000 characters, while around 4,000 are needed to read a newspaper.

Trade contacts, as well as early tourism, created a need for transcription systems that reflect Chinese pronunciation. One of the best known of these, the Wade-Giles system, originated in the 19th century and is still in use today. Linguists in the 20th century developed various alternatives, the most widely accepted being the Pinyin system.

Upload document for an instant quote 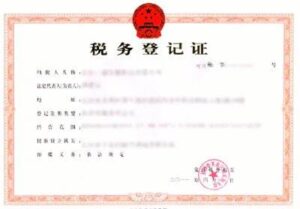 An example of a diploma from China

We use cookies to ensure that we give you the best experience on our website. If you continue to use this site we will assume that you are happy with it.OKPrivacy Policy